New version of WordPress is due to be released August 2015

WordPress 4.2 was released in April and WordPress are on track for a 4.3 release in August.  Some core improvements are going to be introduced in the visual editor and with discussion control.  Passwords are given an overhaul with some nice default strong passwords, and the customizer refuses to go away.

Here is a summary of the main changes:

You will now be able to update your Site icon or favicon in WordPress.  This was handled by the themes and plugins before but it makes sense to move it into WordPress core as it is a common functionality required by all websites.   WordPress 4.3 new siteicon upload feature is quite nice, giving you a preview of the icon as a favicon and a mobile icon.

Comments are now turned off by default which is a long overdue change.  In the future when you create pages, you won’t have to remember to go into the discussion settings to disable comments.

Text editor in Press This

Press This now has a Text editor for editing HTML, just like the standard post and page editor

Editing menus in the customizer

The controversial customizer gets another upgrade as you will now be able to edit your menus in there, as well as in Appearance | Menus. WordPress 4.3 will now provide you with a strong password by default.   When you add a new user, WordPress will now send them a password reset link instead of a preselected password in plain text.

More improvement for the visual editor which will benefit people who spend a lot of time in there.  Keyboard shortcuts or inline text shortcuts have been added in 4.3. They allow you to format text and add element using simple markup in the text.   For example:

If you have a lot of users in WordPress then you will know searching your users was difficult.  Only the username and user nice name were searched before but that has been extended to include first name, last name, email and display name.

There is a distinct lack of new features in 4.3 but the ones they have introduced like Keyboard shortcuts and site icons will be well received.   The customizer is not going to go away, despite its unpopularity, and moving menus into there will add to the controversy.   Password security is a very welcome change and long overdue.

Buchanan Solutions manage my website & marketing with superb expertise & support. My website is important to the success of my business & I can relax knowing it is in trusted hands. 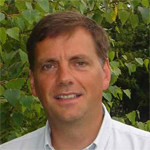